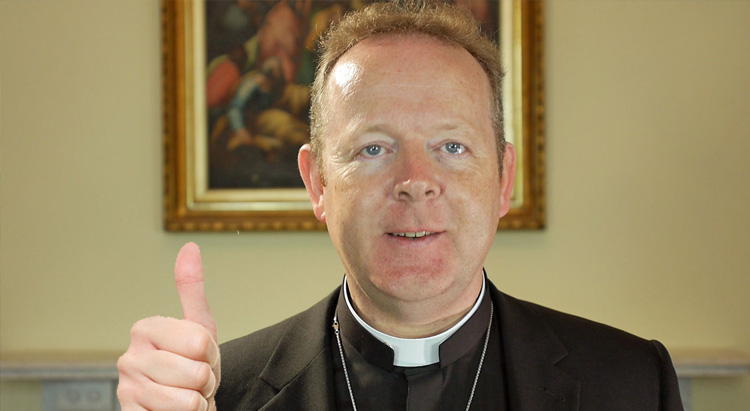 THE Catholic Primate of All Ireland Eamon Martin has promised to pass on a letter from Housing Minister Darragh O’Brien, asking to identify Church lands that could be used for housing to God and will get back to the government when he replies, thanks.

“I’m sure the almighty father will be back soon with his thoughts on this, right after he advises us on whether we should use land owned by the church to cover what it still hasn’t paid out as part of sexual abuse redress schemes,” the Archbishop stated, who is also still waiting for reply on that and other things, “he’s obviously very busy lately with the backlog of prayers but I’m sure he’ll get right on it”.

The housing minister wrote to Bishop Martin to identify vacant land units that could be transferred to the State from God’s lucrative property portfolio estimated to be worth in the region of four billion euros in Ireland alone.

“Listen, 56% of these Irish properties are owned by individual priests so God will need to have a chat with them first before any deal is done,” the primate added, “and yes, I understand that 20% of all Church properties are listed as houses thus the interest in them due to the housing crisis, but I think the big man wants to ride it out a bit and get more value for his hard-earned investments on the island”.

Despite the church committing to a €120mn redress scheme for survivors of sexual and physical abuse nearly 20 years ago, the archbishop defended God’s reluctance to sign off on the money, stating that God will probably sort them out when they die.

“I’m sure he’ll be the first one to meet them upon their passing and hand them a nice big fat envelope full of cash,” Martin concluded, “sure that kind of money won’t bring them any luck”.

UPDATE: God has confirmed instead of donating, that the Church should use some of its liquid assets to set up a build-to-rent investment fund instead.