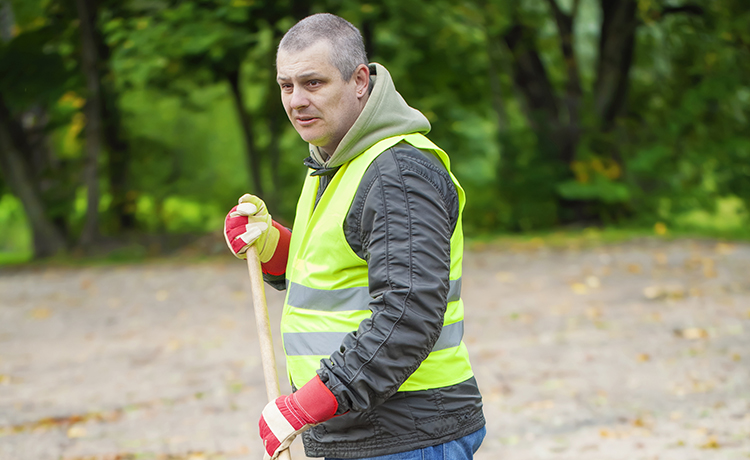 AN IDLE council worker facing a vomit-less, pissing-in-public-less, broken glass-less morning at work this 18th of March admitted to pining for the good old days of the post-apocalyptic scenes of destruction that followed Paddy’s Day.

“Ah there was always a bit of a surprise, a drunken student fallen asleep on top of a lamppost, watching someone vomit up a battered burger only to start eating it again. I just want that sense of normality back,” confirmed Des Earley, street sweeper for Dublin City Council.

“You’d be picking up novelty leprechaun hats only to realise a family of rats had made it their home overnight, would warm the heart,” added Earley upturning bins and spreading rubbish across streets just to give himself something to clean up.

“Like look at this kebab on the concrete here, any normal morning after Paddy’s Day there would be two lads naked from the waist down fighting for it. But now? Just this seagull attacking that wee toddler in the pram so he can eat it all himself, we’re losing our proud traditions and cultures in lockdown”.

“Some of the rivers of piss that would form on the streets too, they’re gone. I used to have a side gig bottling it and selling it to weird Japanese business men as ‘genuine Leprechaun piss’ but that’s gone now,” concluded Earley throwing half full cans of Dutch Gold through bus stop glass and sweeping up the aftermath.

Who’s To Blame: Evil Teachers & SNAs Or Our Flawless Government