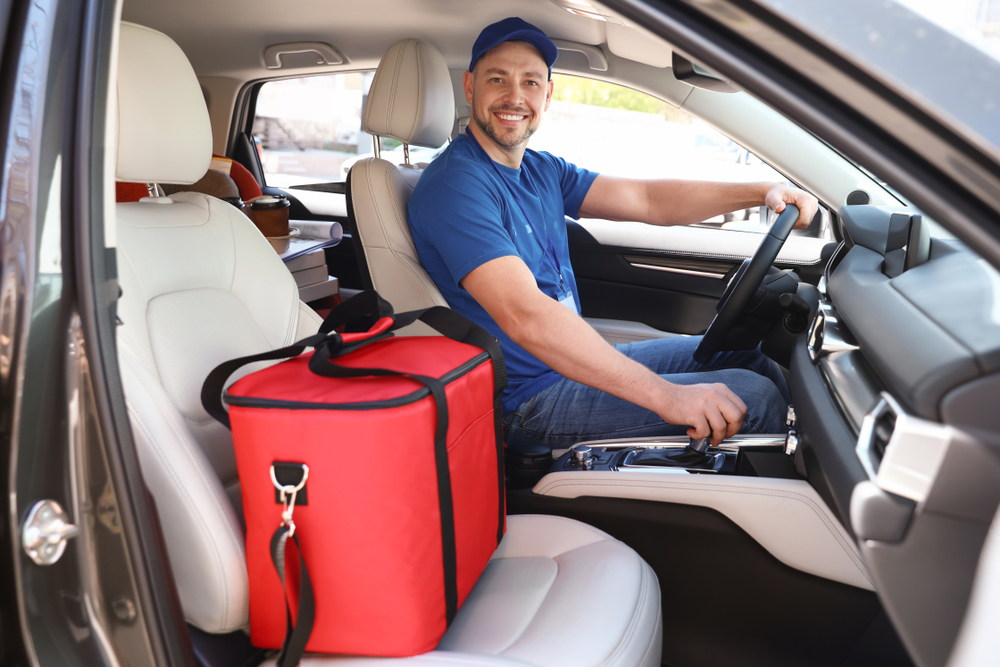 FAST food delivery guy John Manning isn’t being funny about this, but he really needs to get a delivery to an address that his Satnav is telling him is close at hand so if you could just ease up on the hysterics about the fact that he just knocked your daughter off her bike and point him in the direction, that’d be a big help, thanks.

“I’ll be out of your hair in a minute if you just tell me which side of the street is even numbers and which side is odd” explained Manning, who peeled into the Greendale estate in Waterford moments ago, checking his phone for directions and barely noticing the 8-year-old girl bouncing off the passenger side of his Honda Civic.

Unable to get any help from the frantic neighbourhood members who were too busy trying to get the little girl to count how many fingers they were holding up, Manning pressed on with his delivery of a chicken curry special, making sure to check how the commotion was getting on as he exited the estate, in between checks of his phone to see did any more orders come in.

“Hey listen, if you have a complaint, bring it up with the restaurant, or the third-party app company with no office in the country, or with the person who ordered the food, or someone else. It’s not my fault,” explained Manning, as an angry parent attempted to drag him out of the car and kick the chicken balls out of him.

“I’m just doing my job, which entails long hours for fuck all money and constantly checking my phone to see where I’m supposed to be. I get paid by the delivery, not the hour so excuse me if I like to drive as fast as I can to and from these places. Besides, the kid is more or less fine. Bones heal. Be grand”.

Manning’s exit from the estate then met an abrupt end of its own, as an Amazon delivery driver driving at 60kmph while checking his phone ploughed into the Honda Civic, before being rear-ended by a speeding An Post van driven by an inexperienced temp worker brought on to cover the extra pandemic workload, then a Deliveroo lad in a rickshaw, then another fast food delivery driver, then another day-to-day dipshit who wasn’t watching where he was going while racing around a housing estate like it was Mondello Park.

Local Councillor Can’t Explain Expenses, Now Fuck Off And Mind Your Own Business