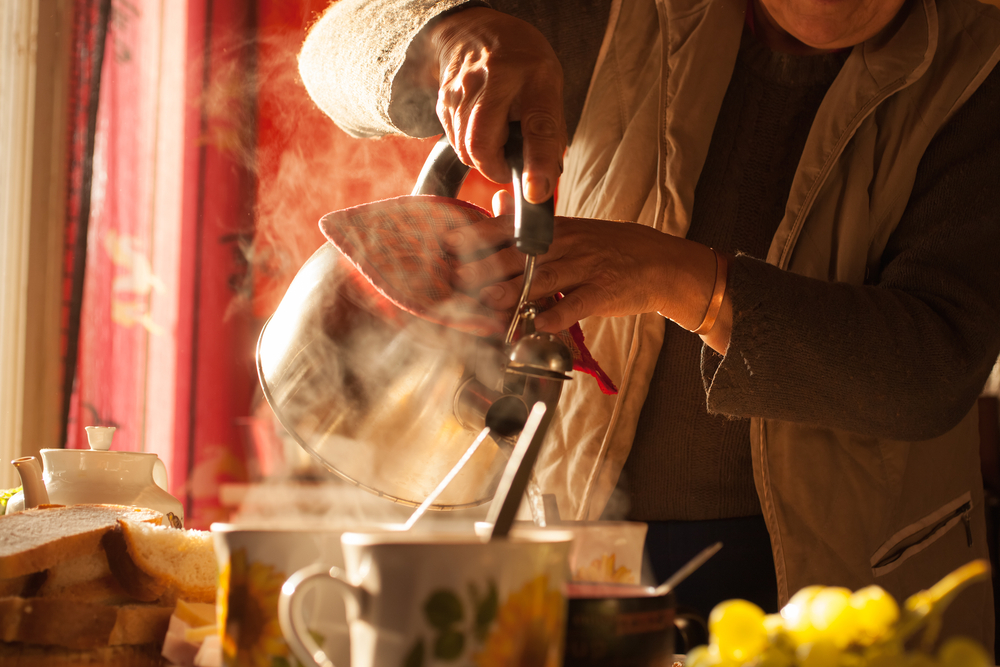 THE forced caffeinisation of Waterford man Derek Ronaldson continued today as his mam Eileen sat him down as soon as he arrived to her house for a visit and began to pour him cup after cup for ‘the poor crater’.

“But Ma, I had tea from the garage on the way down the road” explained Ronaldson, despite this being in direct contravention of Article 14 paragraph 5 of the Visitors Handbook, namely ‘you shall not bring a hot beverage from a second location to an Irish woman’s house’.

However the news that her son had already drank tea, from a machine, no less, seemed to only strengthen Mrs. Ronaldson’s resolve to get tea into her grown-adult son, and over the course of the next hour poured him no less than nine cups.

“Mam, what’s in this tea…?” asked Ronaldson, as the light began to fade from his eyes, a heavy narcotic-induced sleep descending on him after the last cup.

“That’ll be the last I hear of ‘tea on the way down the road’ from now on” smiled Mrs. Ronaldson, dragging her unconscious son by the feet out to the coal shed, where she intends to keep him forever on a diet of tea and Marietta biscuits.

“He brought this on himself, remember. All he had to do was come in, drink a cup of tea and then there would have been no more about it. But instead, he had to pay someone for tea elsewhere, and insult me. Well, I’ll tell you, I’ll have no more of that craic. I brought him into this world, gave him sugary tea in a baby bottle when he was only one. And I’ll take him out of it too!”

Ireland To Let The Brits Have Vaccine First, See How They Get On