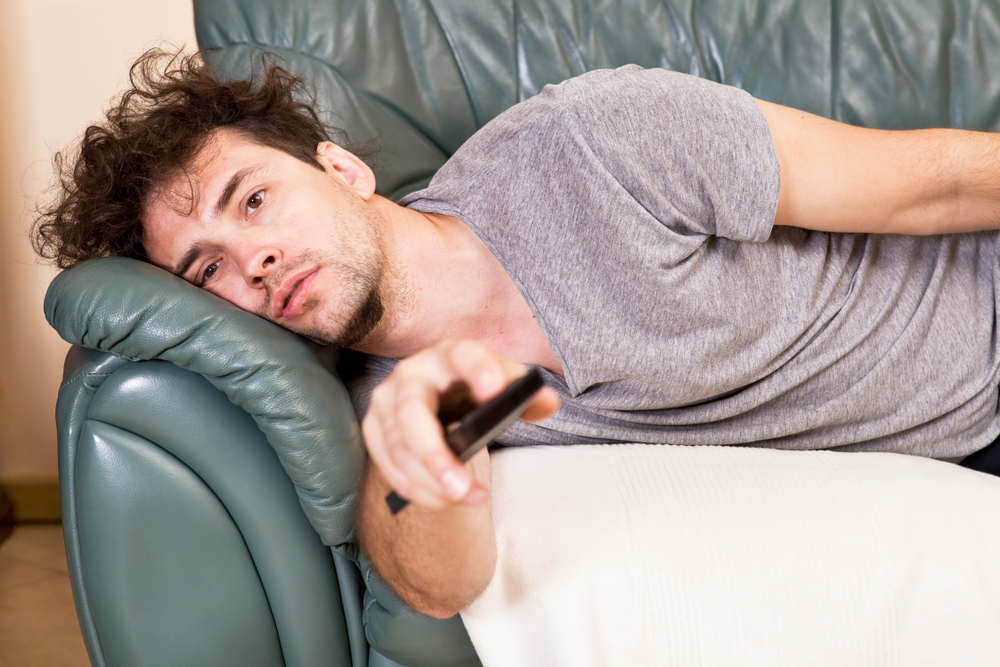 LOCAL man Ciaran Caffley is cursing himself for completely wasting his bank holiday weekend during which he covered a total distance of 31 metres over the 72 hour period, rarely exerting himself except for the occasional trip to the toilet post take away consumption.

“I laughed at the sunlight outside, I taunted it, mocked it for it thinking I would want anything to do with it when there was football to be watching on the TV and Netflix to be injecting into my eyeballs. I spied myself as the Master of Time, but look at me now, what a fucking fool I was,” confirmed Caffley, who is now destined to see out the remainder of the working week trapped like a caged animal behind a desk during prime daylight.

A personal low point in a storied career of idle couch bound time wasting, Caffley wasted every hour from 5pm Friday evening, right up to 11.59pm on Monday evening, draping himself across his couch like a discarded coat and as a result is currently crushed by a wave of guilt and regret.

“You know it’s not the wearing the single pair of jocks throughout, the sleeping in ’til 3pm on Sunday or the beard made out of crisp crumbs on my face that shames me the most, no it’s the fact I was so arrogant about how I thought I wouldn’t regret any of it come Tuesday,” remarked Caffley now staring out the window at people actually doing something with their spare time.

“What a waste, I could’ve walked on the beach, gone hiking, kayaking, built that shed, gone to a museum, the theatre,” said Caffley listing off things he would absolutely never do, no matter the circumstances.