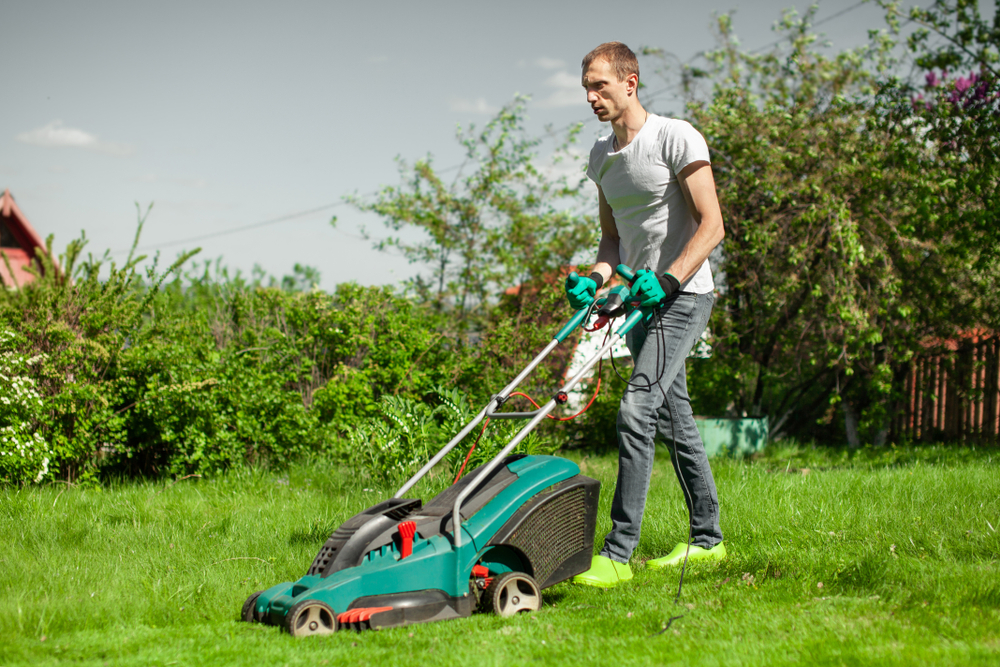 THE 34-waist, 32-leg bootcut denim jeans that served Waterford man Michael O’Mailligh so well over years of works drinks, Christmas parties, funerals and baptisms have finally made the inevitable leap to the ‘work pile’, WWN can tearfully confirm.

Like all clothing owned in O’Mailligh’s life, the Wranglers have moved into the final stage in the good clothes/around the house clothes/work clothes/outright rags cycle, and will get their inaugural airing tomorrow when the 36-year-old spend the afternoon pulling weeds in his garden.

“Mad to think of me wearing these good jeans while doing the gardening,” mused Michael, pointing at what we assume he meant were ‘good jeans’.

“Boot cut, look at that. Never went out of style. I think I could have gotten another few years out of them if only they hadn’t given up in the crotch area there. No fixing that, so there’s not. I tried to tell the wife that they’d still be grand if I just sat the right way wearing them, nobody would notice the hole at all.

“And sure wouldn’t I be wearing a nice pair of brown shoes and a nice shirt too, sure who would notice. But she said no, so I just had to wear them round the house or down to the shops. And then I was told I wasn’t even allowed to do that, so into the work pile they go”.

O’Mailligh took some convincing from his wife that the trousers weren’t ‘still of use to someone’, therefore banning him from dropping them off at a local charity shop.

TRYING to fall back on the reliably contentious subject of Travellers, politicians and the media alike were shocked to discover the simple-minded, easily distracted Irish public aren’t letting go of this whole ‘don’t want to be paying €2000 a month in rent when I’m 75’ business. “And they’re even happy to advocate for housing for… Read more » Waterford Whispers News…

TRAGEDY has struck during routine preparations by local councils looking into the feasibility of conducting a summer of outdoor dining in Ireland, as 60 participants in a test event died of hypothermia amid cloudless skies and blazing Irish sunshine. “It was all going well, they were getting the full force of sweltering single digit temperatures… Read more » Waterford Whispers News…

WWN’S guest columnist today is none other than revered and respected Twitter account holder and very real person Barbara J. Pym, who discusses the fallout from Eoghan Harris’s sacking from the Sunday Independent after he was found be one of a number of individuals operating an anonymous Twitter account which sent abusive messages to journalists…. Read more » Waterford Whispers News…