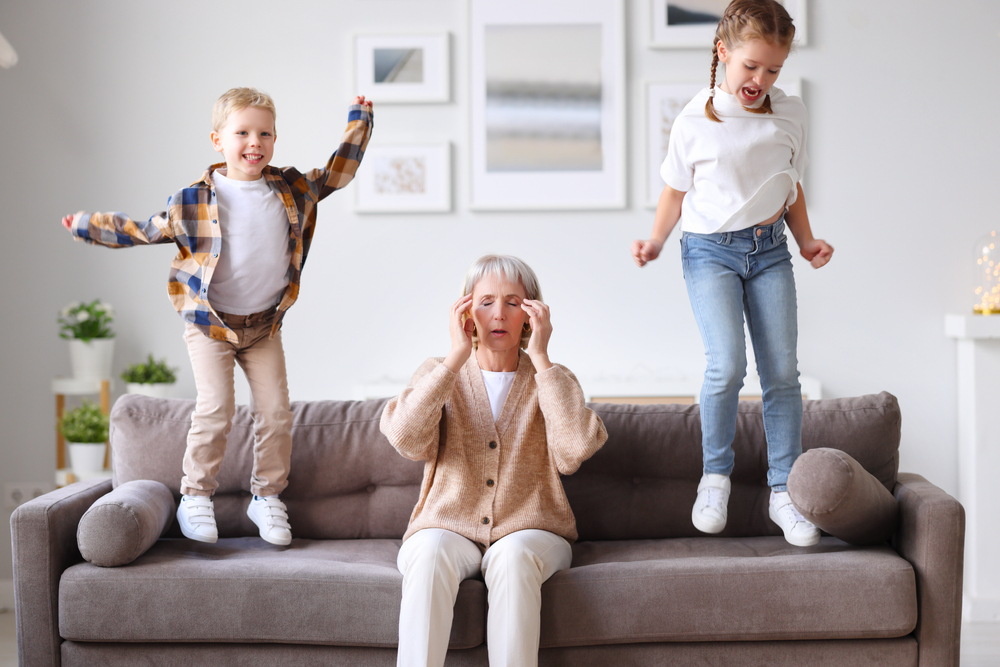 HAVING ‘hung up her boots’ after nearly 50 years of employment, 66-year-old Waterford grandmother Eilish Cannaghvan is looking forward to spending her retirement relaxing, apart from the 8 hours a day she’s going to spend dropping off and collecting her 3 grandkids, as well as feeding them, entertaining them and generally being their full-time childminder.

“When I told my son ‘ah sure drop the kids round to me if you can’t get anyone’, I really didn’t think that meant every single morning at 7.30am,” Cannaghvan told us, while walking her 7-year-old grandson to school, with her 4-year-old granddaughter scooting behind and 18-month-old grandson in his pushchair.

“Drop his nibs to school then entertain these two for the day until it’s time to pick him up, and then keep them in mine until their parents get them at half six… I can’t work out how I left a full-time job and yet somehow I’m now working longer hours every day? I mean I love the grandkids, but fuck me”.

Cannaghvan’s new role comes as no surprise to thousands of grandparents around Ireland, as the nation remains one of the most expensive countries in the world for childcare according to a recent UNICEF study.

“I wouldn’t envy any parent who doesn’t have a granny or grandad to help out, having to spend half their wages on childcare” said Cannaghvan as her grandkids, as promised from the start, keep her on her toes.

“But then again, why would the government step in and do anything for working parents when there’s grandparents there to ‘lend a hand’? Sure what would I be doing otherwise, enjoying my retirement? Reaping the rewards of being a taxpaying citizen for half a century? Ha, some chance”.

Mrs. Cannaghvan also pointed out that her son pays her much less than any creche in the area, in fact her fee is ‘almost 100% less’ most weeks.