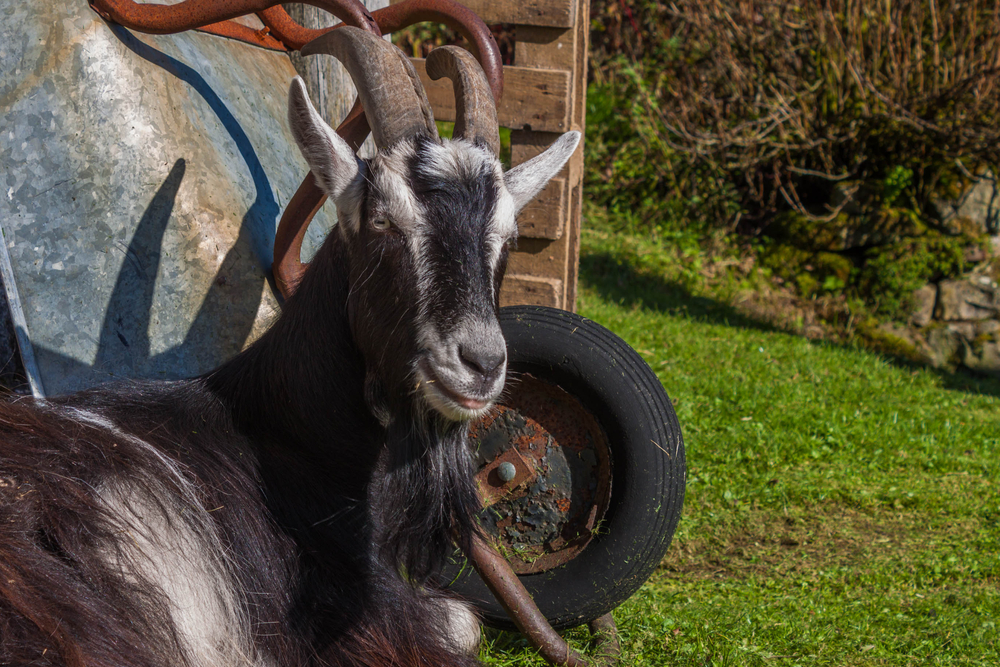 “WE’RE in a job that is so fundamental to the ongoing life and prosperity of the local area so naturally we’re paid fuck all,” bleated one of the Howth goats, who asked that we refrain from calling them the HoGos.

“‘Oh but the hay is free surely?’ Do you know anything about Ireland? Sure, the dried out burnt grass is free, but if you’re going to eat the ‘organic, nutrient rich, imported grass’ the locals serve up you better take a loan out pal,” added the HoGos.

Originally from Mulranny in Mayo, the goats knew moving to Dublin would see an increase in living costs but insisted “Jesus fucking Christ, not by this much”.

Despite their complaints about the rent levels, the goats have garnered little sympathy among the locals.

“Well they’re currently occupying a bit of land there that’s historically prone to life threatening gorse fires – so I dunno why they expected the rent would be cheaper than €2000, the naive eejits,” shared one local.

Any remaining shred of sympathy for the goats from anyone outside of Howth quickly subsided after it emerged their bleating had already taken on an irritatingly posh Howth twang.

The situation has proved so dire that the goats have had to consider ways of making supplemental income.

“Sure, we could sell some of our milk to the local perverts, Lord knows there’s enough of them, but I know a from few sheep who sold photos of their udders on OnlyRams – it’s more hassle than it’s worth,” shared one goat.