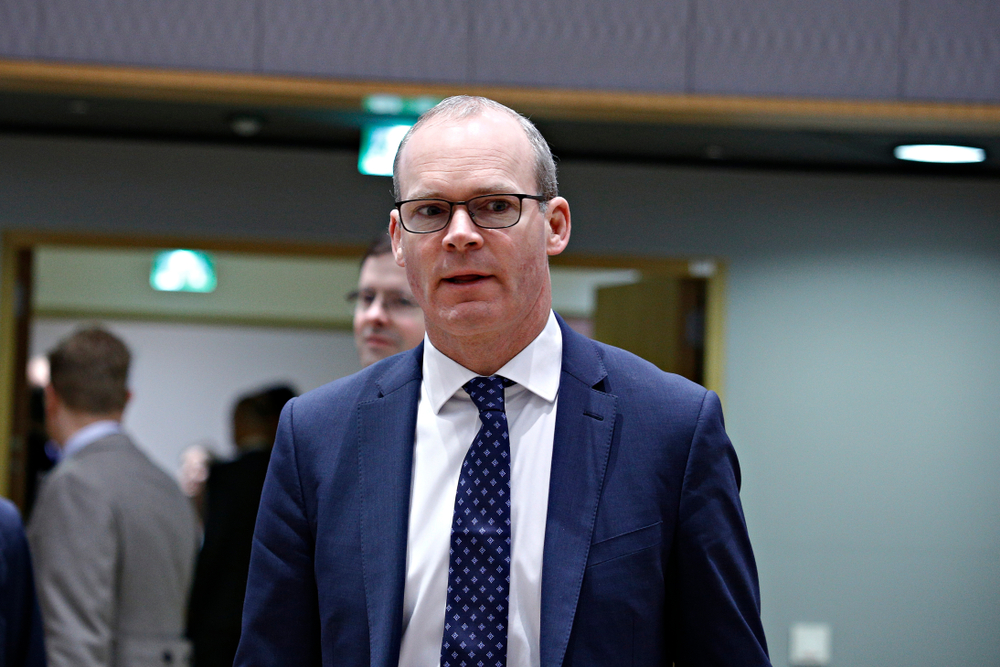 COLLAPSING from sheer exhaustion at having to sign off on an endless stream of stern words and condemnations of regimes around the world, Minister for Foreign Affairs and Defence Simon Coveney has been congratulated by colleagues for the tough stances he has taken which has left many regimes quaking in their boots.

“He’s had to learn to write with both hands just to be able to condemn Israel, Belarus, Russian hackers, Hamas, Israel again, the Malian military, Britain on the NI Protocol, and Israel again in one day,” shared one department official.

18 Red Bulls into a mammoth ‘expressing our concern in the strongest possible terms’ signing session, Coveney became so delirious the government signed an opposition motion criticising the ‘de facto annexation’ of Palestinian land by Israel.

“It was just statement after statement, it all started to blur into one, some young department official tried to sneak in a statement condemning the US military’s presence in Shannon haha, but I was wise to him,” explained Coveney.

The overwhelming surge of adrenaline coursing through his system, Coveney remarked “this must be what Harrison Ford felt like in Air Force One” before signing another ‘bold Belarus, bold’ statement.

Responding to EU sanctions and no fly zones, Belarusian strongman Alexander Lukashenko reiterated “we don’t always get bombs threats from Hamas but when we do the flight in question just happens to contain a journalist I hate and plan on jailing for 15 years on sham charges”.

Things To Get Offended About

Delivery Man Sorry He Knocked Down Your Kid, But Do You Happen To Know Where 143 Greendale Is?