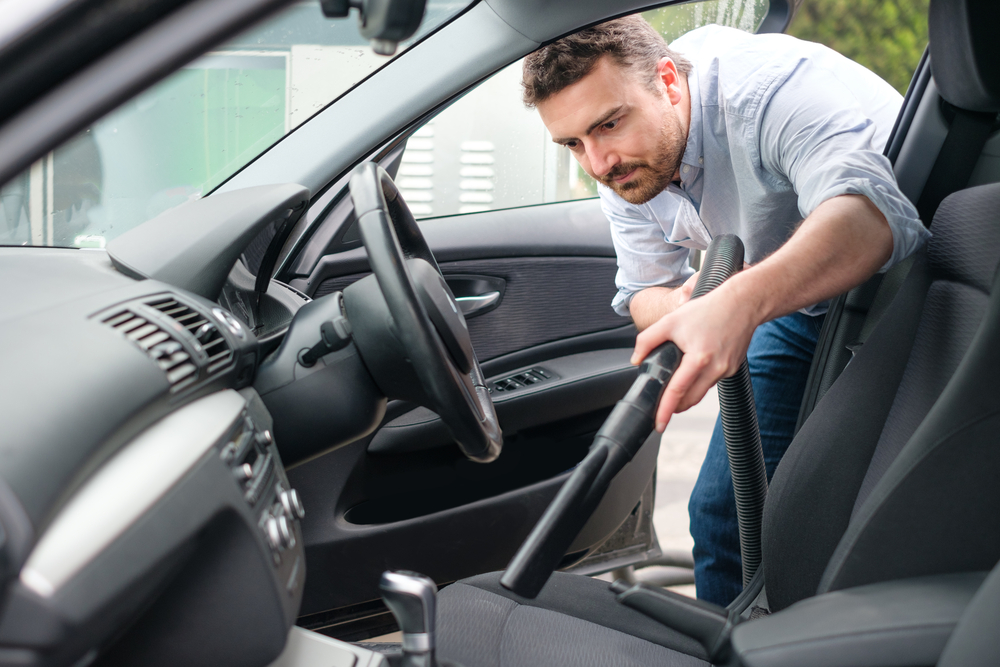 LOCAL MAN Alan Devaney has taken advantage of a rare 4-hour window of free time in his weekend to get his car the closest it has ever been to regaining its ‘fresh out of the box clean’ look it had the day he bought it, prompting a wave of emotion.

Devaney, who thinks valet services are scam for people with more money than sense, has now been staring into his car, speechless and proud, for the last 30 minutes.

So impressed with how beautiful the interiors of the car looked, Devaney toyed with the idea of never letting another dirty filthy soul into his car ever again.

“No food in the car rule, no smoking for passengers even with the windows down, yeah, God, it could be like the old days when I first got her,” Devaney said to himself, still admiring the fuck out of his car.

“The kids? We’ll just get rid of them, Emma will understand once she sees what I’ve done, I mean look at how organised the glove box is now,” added Devaney to himself, almost convincing himself his wife would agree to give up their children to avoid any chance soggy Liga biscuits being mashed into the seats.

Still with the vacuum sound ringing in his ears due to the fact he had it running for at least 90 unbroken minutes, Devaney began weeping before gathering himself together again lest the neighbours see him.

“Fair. Fucking. Play. She’s like brand new,” shouted Mr O’Neill from no.44 across the way to Devaney, sharing a look with his neighbour which provided further proof that yes, he had reached car cleaning heights very rarely achieved by anyone.

“What In The Ever Living Fuck Is Going On?” WWN Explains The Government’s New Covid Measures