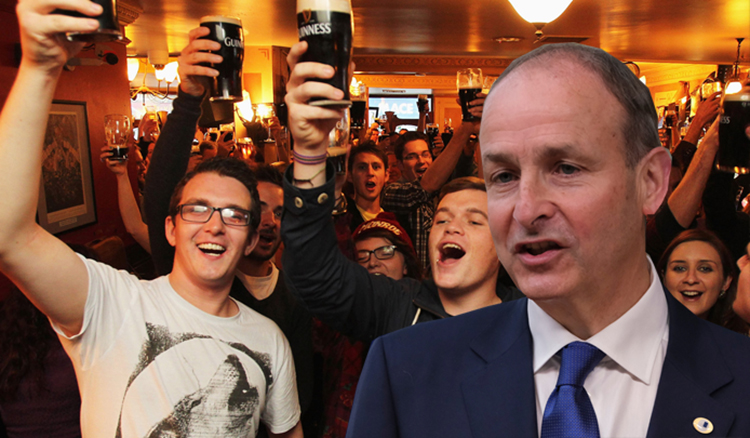 IN A BID to let the public get a release from all of their pent up frustration, anxiety, anger and loneliness, the government has confirmed a one-off 24-hour binge on freedoms from lockdown restrictions.

The positive news is believed to in no way related to the huge influx of crying and pleading from the public after seeing how its neighbours are going to get to stay out playing until all hours very soon.

“You can have a massive funeral in a nightclub until 5am while getting your hair done, the world is your oyster,” confirmed a government spokesperson, who denied they’re doing this just so they can blame the public again down the line when the government inevitably messes up something else.

The Irish Drinkers Association said the government has given too short notice for drinkers to be able to prepare their livers for such a lack of lockdown, while singletons said that’s no time at all to get everything shaved.

‘The Purge’ style one-night-only easing of restrictions is the brainchild of those same individuals responsible for the government’s current muddled communication with the public, so people are advised to expect another 60 conflicting and contradictory press releases before a final official announcement in an unpublished parish news letter.

“This is a Cinderalla situation though, once it clock strikes midnight it’ll all turn back into zero craic,” confirmed the spokesperson.