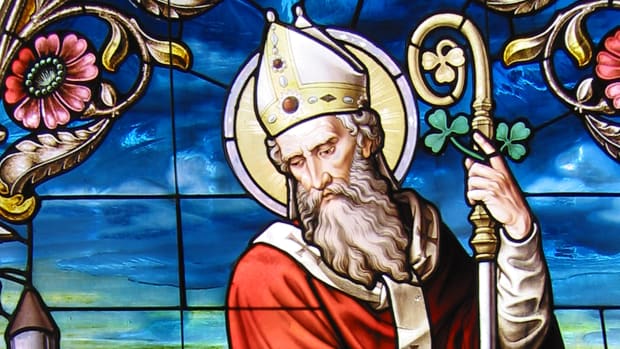 DNA tests into what is believed to be the remains of St. Patrick have spilled forth a sorry tale of a man who became so enamoured with his own celebrity that he ‘didn’t know when to quit partying’, WWN can reveal.

As Ireland begins the annual celebration of its patron saint, new information on the life of the man who came to be known as St. Patrick reveal that he lived a life ‘not unlike that of Duffman from The Simpsons’, and drank himself into an early grave by trying to live up to his own legend.

“There are signs among the remains of cirrhosis of the liver, a painful affliction brought around by years of chronic alcoholism” said an archeological hepatologist, speaking to WWN from St. Patrick’s resting ground in Downpatrick, noted as being one of the most on-the-nose named places in the world.

“It’s a shame that he got so caught up in the rock n’ roll lifestyle of a saint back in the days, and fell victim to the curse of the drink. I’m sure that as the news of how Patrick passed away reaches a wider population, it’ll steer people away from celebrating him with bouts of drinking, and make the 17th of March a more solemn day, with no boozing sessions, stomach-pumps or A&E visits”.

Meanwhile, several eminent session specialists have refuted the claims, stating that any suggestion that Patrick was an alcoholic would put a serious dampener on what is one of the drinking calendar’s foremost events.