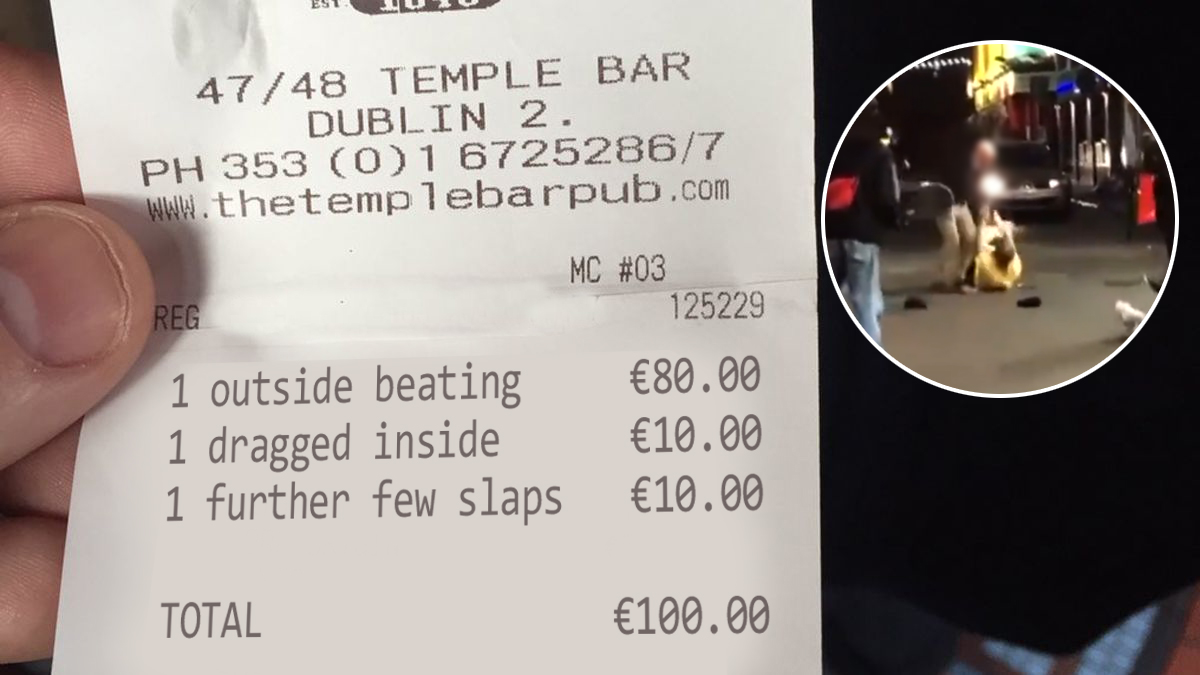 THE SKATEBOARDING community in Dublin staged a demonstration outside tourist hotspot Temple Bar yesterday evening after a video emerged of a brawl involving two teens with staff, with the video showing at least one teen being assaulted and dragged inside where he was allegedly then charged €100 for the beating.

Notorious for its overly expensive pints, the bar in question is believed to have charged the teen 80 euros for the outside beating and a further 20 euros for being dragged inside and given a few more slaps.

“It seems very expensive for a beating,” said consumer expert Darren Davies, “usually a beatdown like that would be at least half that price and this goes to show how extortionate pubs around the city centre have gotten”.

Tourists visiting the capital have long pointed out how expensive Dublin is, with this latest incident proving to be a further deterrence for some wouldbe visitors.

Following the incident on Monday, dozens of skateboarders descended upon the area to protest the charge and to kindly ask those responsible to apologise for such blatant extortion.

“They should at least give him back 50 quid,” one skateboarder appealed, “either that or give him another beating for free”.