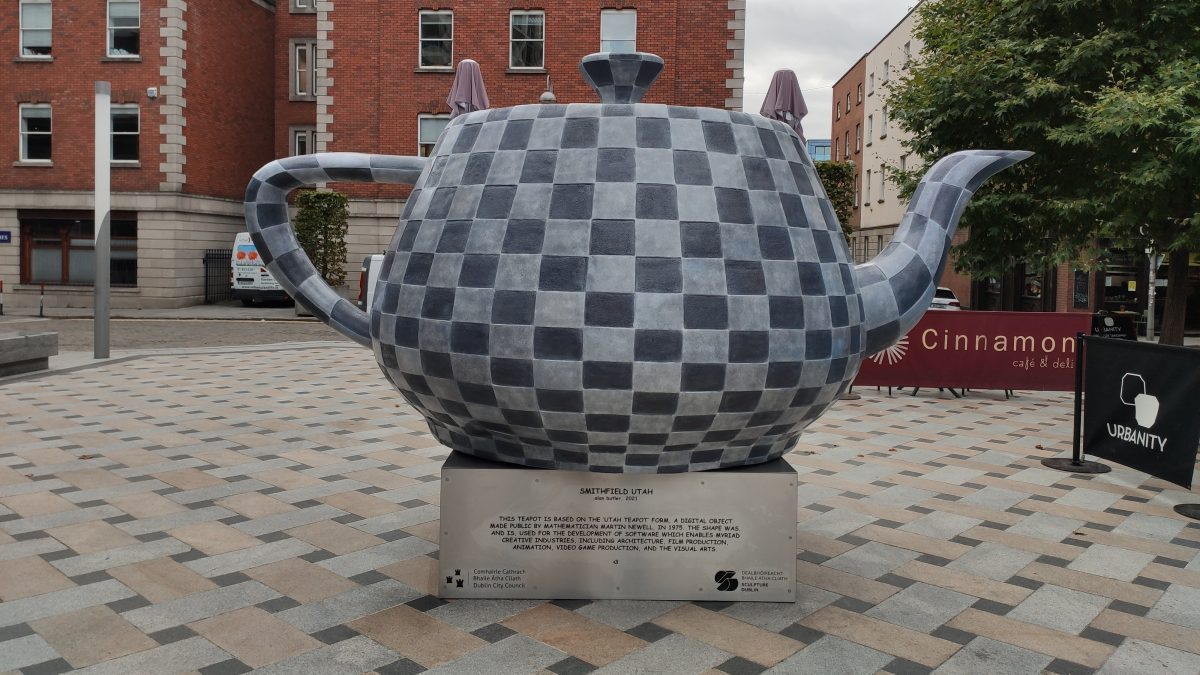 THE President has held a moment’s silence for all the tea in Ireland that has been spilled, poured down the sink, tossed out into the back garden or otherwise wasted over the years, as he unveiled a new sculpture to the beverage in Dublin’s Smithfield area.

“This nation owes a great debt to tea, and as we look on this checkered teapot statue we can see a glimpse of all the good and bad times a drop of tea has brought to our lives” said Michael D. Higgins, before the army wrung out a 21-teabag salute over the bronze statute.

The emotional ceremony was attended by thousands, including the last surviving member of the Lyons family, who spoke about what the statue means to them.

“We’ve made a lot of tea for the Irish people, and sadly not all of it has been drank” said Frederick Marcus Deco Lyons III, sobbing openly.

“To all the people who took a cup out of politeness, took one sip and then spilled the rest down the sink. To all who have knocked over a perfect cuppa while getting up for a biscuit. To all that for whatever reason refuse to drink the last mouthful. This statue represents a new dawn, where that kind of tea carelessness has no place”.

Meanwhile across town, representatives of the Luke Kelly Statue Association expressed relief that the capital now has a new piece of art that can be targeted for vandalism and graffiti, to give the Kelly Head on Sheriff Street ‘a day off’ now and again.

Legend Mother Drops Round Of Lucozade To Family At Christmas Dinner