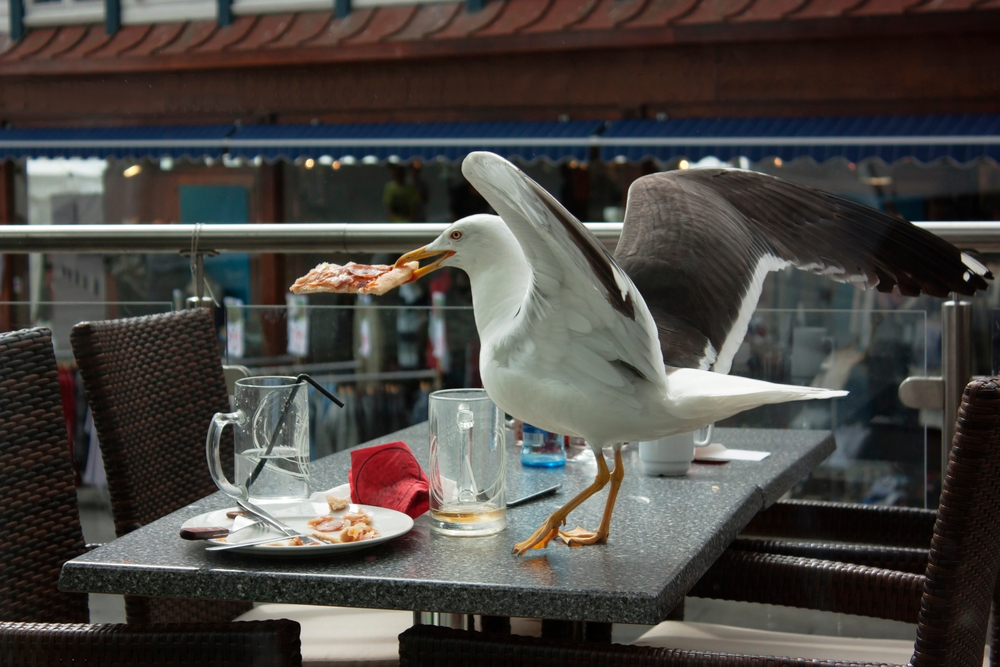 LOCAL seagulls everywhere have welcomed the introduction of a €17mn ‘outdoor dining fund’ by the government which seeks to help cafes and restaurants enable a summer full of outdoor dining in Ireland, WWN understands.

Already practicing daredevil dive bombing techniques to terrorise groups sitting down to open air brunch priced at €20 for a few eggs and a slice of sourdough, one local seagull screeched his excitement in an exclusive interview with WWN.

“Bring it on,” squawked Steve the seagull, narrowing his murderous gaze, “I’m a bit rusty what with lockdown, but I reckon I can still shit on someone from a distance of 10 metres”.

“We’re like anyone else, we just want to get back to normal life. It’s been months since I’ve heard the manic screams of girls as I Kamikaze right into their lunches on South William St, the more on street dining the better,” confirmed Steve, flapping his wings in excitement.

Ahead of the summer Steve asked in that people abandon ‘vegan rabbit food masquerading as salads’ as he and his swooping colleagues are fed up trying to survive on hipster diets.

The government confirmed part of the €17 million fund could create ‘seagull shooing positions’, employing people to disperse hungry psychotic birds only armed with a broom. Another proposal under consideration is simply several large, 5km wide, 100ft tall cafe umbrella over towns and cities.

Investment Fund Buys Up Every Tent & Sleeping Bag In Ireland

“Okay, The Government Needs To Cancel The Leaving Cert ASAP As I Haven’t Done A Fucking Tap”