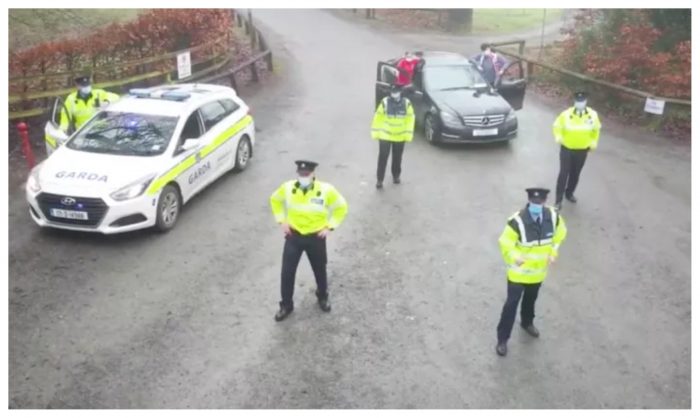 Hughes, a cynical bastard of some repute, has been known to suck the joy out of absolutely anything ranging from a child taking their first steps to a panda playing in the snow and has kindly offered his services by watching An Garda Síochána’s recently viral ‘Jerusalema dance challenge’ video.

“Nice video and all but where were these Michael Flatfeets when I rang them about my bike being stolen?” opened Hughes, providing the perfect example of how to embrace your inner cynical bastard and just grind the joy out of anything, no matter how well meaning.

“This is the same dance they do anytime they find a bit of weed. Some old dog hair found down the back someone’s car seat? That’s got a street value of €100,000 to this lot,” Hughes added, simmering with rage after his sister sent on a video of his Garda-mad 6-year-old nephew doing his own version of the dance.

“They have all the rhythm of a drum kit being thrown off the side of a cliff, what’s this, an episode of Ireland’s got fuck all talent? In a pandemic and all!” continued Hughes, some 15 minutes after the video had ended.

“You see better dancing from lads moon walking out of court after getting off with a slap on the wrists for a violent assault,” added Hughes, in a remark he should really save for when Irish judges do their own dancing video.

“Can’t wait for the criminals response – suppose they had ample time to film themselves dancing on some poor fuckers head while the guards were off doing this,” Hughes offered, as we awkwardly stood up and said ‘sure, you’ve probably somewhere to be, things to do, we’ll walk you to the door’.

“Last time I saw this many guards, a nameless vulture fund was trying to illegally evict some poor family,” Hughes shouted from out on the street.

“The only example of worse timing is Garda cars responding to reports of a crime,” concluded Hughes in one of 170 text messages he sent well into the night.