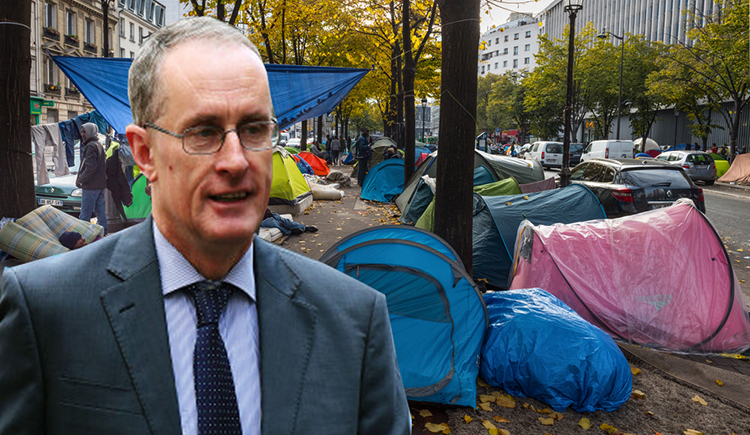 DUBLIN City Council chief executive Owen Keegan faced a backlash yesterday following a Newstalk interview where he stated that a ‘well-intentioned’ group of people distributing tents to homeless people were hindering the good work of DCC when it comes to getting homeless people off the streets and into perfectly safe hostels packed full of loud, inebriated people.

“I believe Mr. Keegan was being very diplomatic when he talked about the people distributing ‘free’ tents to the homeless; the truth of the matter is, they’re all working with tent manufacturers to get people hooked on the tent life, before they jack up the prices and make a killing from them,” said one council source we spoke to.

In a bid to foil the plans of ‘big tent’, DCC have pledged to continue their efforts to clear more ‘shanty towns’ from the city centre, which in turn will cut down on the need for the soup kitchens that are their own, ‘separate issue’.

“Oh, don’t get me started on ‘big soup’, the bastards,” said our source, bemoaning the millions of euro in governmental contracts that private companies are losing out on thanks to so-called ‘charity workers’.

Meanwhile the government has rowed in with their support to get people out of the tents and into some nice emergency accommodation in any one of the growing number of hotels around the city, where they will be looked after by some of the best FF/FG donors around.